The beautiful coastal town of Ludington boasts the distinction of being one of the best ports on the Great Lakes for trout and salmon fishing. Don’t miss an opportunity to fish almost an entire week on Lake Michigan during the Ludington Offshore Classic/Big Boys Fishing Tournament -- with the chance to win big money and enjoy memorable experiences.

This is the 17th year Ludington has hosted this big-lake fishing event on the waters between Big Sable and Little Sable points. It is the largest, freshwater salmon tournament in the U.S., and Ludington has certainly learned to roll out the red carpet for its fishermen and their families over the years. 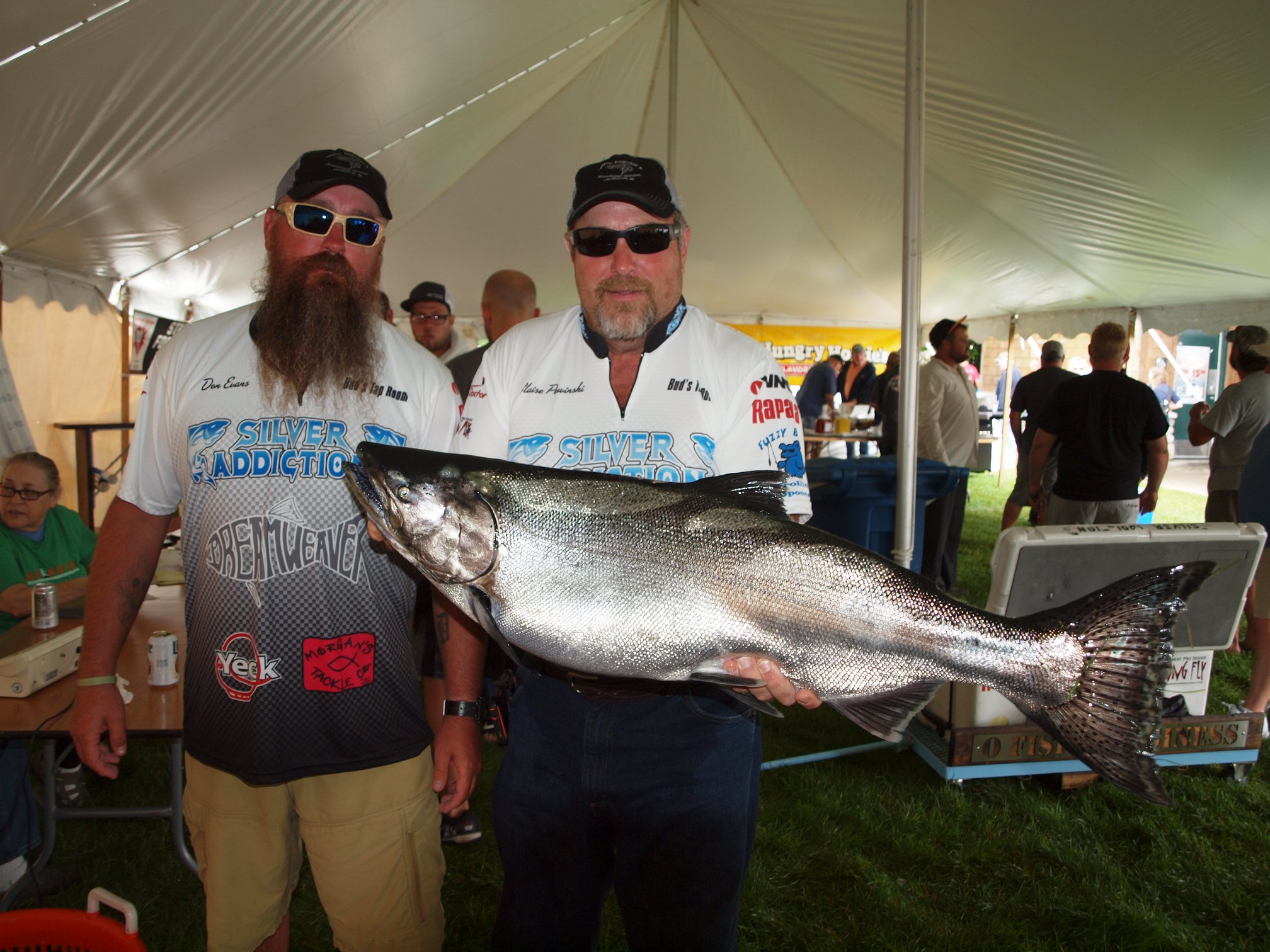 2019 will be no exception. Simultaneous tournaments continue to be added. A Big Boys Tournament was added in 2017 -- and new this year will be the Lake Michigan Pro Fishing Series. Ludington will be a stop in the five-location, progressive series that begins in Michigan City, Indiana and makes its way north.

Work N Bites from Bellaire, MI, was the big winner in 2018 in the Big Boys event, reeling in a total of 23 fish over a two-day tournament off the coast of Ludington. The team scored just over 253 pounds of salmon -- earning it the largest payout of $21,700.

“We absolutely love fishing Ludington,” said Patrick Rupp of the Work N Bites crew. “Personally, it is probably my favorite port city on the Great Lakes. The town is excellent, so welcoming and set up so well to cater to the fishermen.

“The fishing is almost always fantastic at the time of the year for the Classic and the Big Boys. Even if fishing is tough, there always seems to be somewhere close that has excellent fishing -- whether it’s to the north or to the south.” 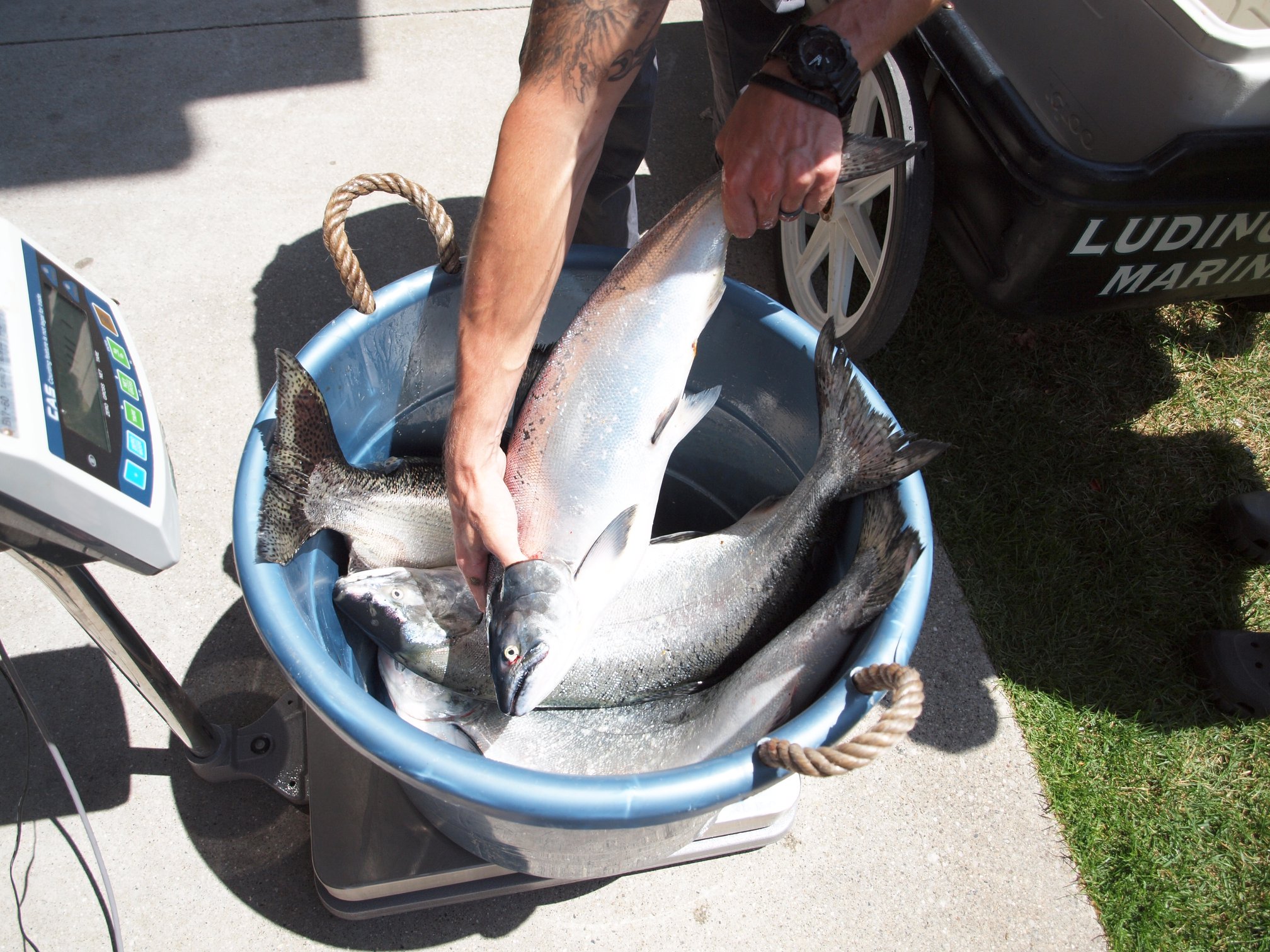 Work N Bites fished both the Offshore Classic and the BIg Boys last year. Both days of the Classic and the first day of the Big Boys, the team fished north of Big Sable point. All three days, they had a 12-fish box with all of the 3 weights being within a pound of each other. Their boxes were in the high 80’s.

“We had good consistent numbers, but we were lacking the big fish that we were seeing during pre-fishing,” Rupp explained. “We knew that boats to the south, down at Little Point, were finding some big kings. So Day 2, we decided to join them down there. Right from the start, we were pounding away on the big kings. The top 5 boats from Day 1 were all right next to us -- a little worrisome because we had so much ground to make up in weight. Within an hour, we had all of our kings -- and good ones at that -- so we were on a mission for trout.

“We struggled on trout in the new water, but we were able to put a couple in the boat,” Rupp said. “We knew we had a giant box. When we returned to weigh in, we figured we had moved up and would probably be in the Top 3. As we were watching the Top 5 boats weigh in, our excitement just kept growing. Then we found out our 167-pound box was enough to put us over the top. We were all besides ourselves, almost surreal.”

The Big Boys Tournament will return on Tuesday, July 23 and Wednesday, July 24. Big fish and big payouts are the name of the game during this two-day, high stakes competition.

Taking the top spot for the Men’s Pro tournament was My Tyme out of Valparaiso, IN. The team caught 23 fish over two days, totaling 247.20 pounds, earning them the top prize of $10,000. The boat also won the Ruboy Thursday Tournament, with their five best fish totaling 92.65 pounds. This meant another $3,200 for the team.

“I have fished the Offshore Classic for about 15 years or more and always enjoy Ludington,” said Bill Dodrill, captain of My Tyme. “This year was special, as we won the Ruboy Thursday, the Pro side of the Offshore Classic, and third in the Big Boys.

“The fishing was not hot and heavy, but we just work hard and moved many times -- and got lucky!” 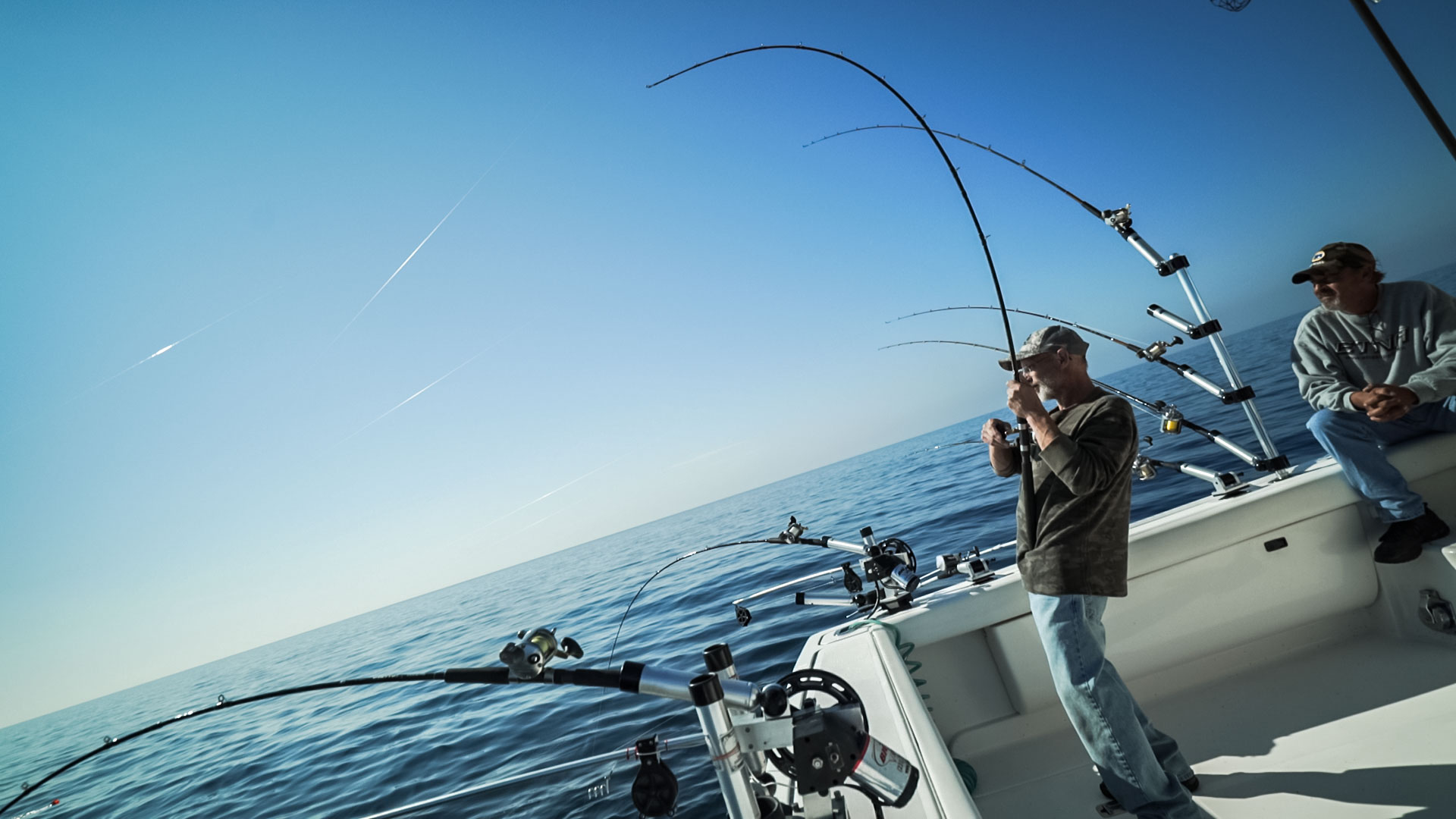 Dodrill and his crew made the 145-mile trip back to their home port of Michigan City, IN, as winners in what they call one of the best - if not the best - tournaments on Lake Michigan.

The Lake Michigan Pro Fishing Series (LMPFS) will include Michigan City, IN, and the Mitten cities of St. Joseph, Grand Haven, Ludington and Holland, MI. The Ludington tournament will be the fourth location in the progressive series and held during the Big Boys event, July 23-24.

The cost for a boat to enter is $500 for the first three events; the fourth and fifth tournament entry is $200 per event. The hope is to draw more boats from southern Michigan to the Ludington Offshore Classic.

Fishing crews will have the chance to win payouts based on the number of registered boats. For more information, see lakemipfs.com.

Fun for the Whole Family

What better place to vacation during July than Ludington, one of Michigan’s top fishing ports and vacation destinations? Sugar-sand beaches, a vibrant downtown, and area attractions like the Ludington State Park, Sandcastles Children’s Museum or the new Port of Ludington Maritime Museum, leave a lot to be explored and many memories to be made.

“The tournament is a great opportunity to showcase our community to fishermen and their families,” said Brandy Miller, President/CEO of the Ludington & Scottville Area Chamber of Commerce. “Waterfront Park, situated between our two largest marinas and just blocks from downtown and other nearby attractions, offers a perfect setting for the event. There is something for everyone.”

This year’s Offshore tournament week kicks off Thursday, July 18 with the Ruboy Thursday Shoot-out. Boats at least 18 feet long are welcome to join the fun and weigh their five best fish for the day. The Ruboy Thursday has an anticipated payout of $5,700, and first place could walk away with $3,000 (based on number of boats).

Men’s Pro/Am fishermen will take to the lake on Saturday and Sunday. A prize of $10,000 will go to the top pro boat again this year (based on a minimum of 30 boats participating).

Share your tournament photos with us using the #Pure Ludington.