The SS Badger is setting sail on her maiden voyage of the 2015 season on the 15th of May. There are some new and exciting things on the majestic 7-story Badger this year, one of them being a new ash conveyor system which will allow for a more environmentally friendly approach to dispose of the coal ash produced. 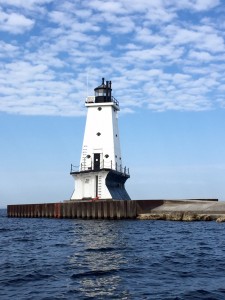 Since getting her belly wet in Lake Michigan on September 6th of 1952, and setting sail in March of 1953 she has had many jobs; starting out as a ferry for rail cars she earned the name of “Queen of the Lakes” during the golden era of ferry boats in the late 1950s. The SS Badger has been working diligently since the 1970s to extend travel adventures for families and provide cross-lake access for anything from bicycles to wind turbines.

After what was thought to be the end of her reign as the “Queen of the Lakes” in 1990 when she tied up at the dock in Ludington at the end of the sailing season in November; the belief and financial support from Charles Conrad helped what can now be considered the SS Badger reinvention with about 490 crossings per season; the 4 hour, 60 mile cruise from mid-May through mid-October has been a staple of regularity for the Ludington and Manitowoc areas now since 1992. 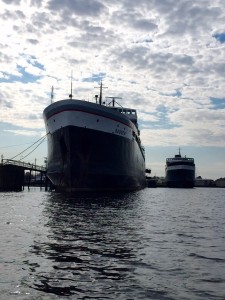 propulsion system aboard the ship was elected as a “mechanical engineering landmark” by the American Society of Mechanical Engineers. She has been recognized since 1997 for her historical acclaims as a “Registered Historic Site” by both Michigan and Wisconsin; and also designated as a “Michigan Centennial Business” by the Historical Society of Michigan. In 2002 the Steamship Historical Society named her “Ship of the Year” and most recently, in 2009 the Badger was placed on the National Register of Historic Places by the United States Department of Interior.

With great contribution from the current owners; Bob Manglitz, Don Clingan, and Jim Anderson as well as the amazing people that work proudly on the front lines as well as behind the scenes to make the Badger shine brightly against that beautiful blue Lake Michigan. Whether you are on the break wall waving to those heading out on the horizon or greeting those coming home, we are lucky to have her stately presence sitting proudly every time she docks here in Ludington. Have a smooth sail and wonderful season in 2015. 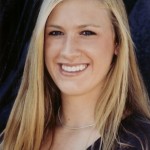 Maddison recently move to Ludington with her husband after years of vacationing in the area year-round. As avid outdoors people they enjoy hiking, camping, fishing and finding any excuse to be near the water.